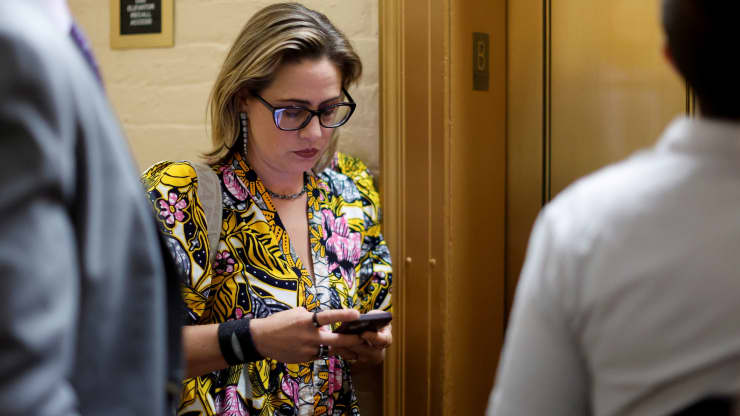 Democratic tax reformers have long sought to close the carried interest tax loophole, but Arizona Senator Kyrsten Sinema, who has gotten significant funding from wealthy financiers, proved to be the main challenge.

The tax bill wouldn’t have passed without the removal of the provision. Changes to carried interest would only affect the tax rates private equity managers pay. Investors would be unaffected. Nonetheless, even those who support closing the tax loophole acknowledge that the projected revenue loss would be relatively minimal.

Senate Majority Leader Chuck Schumer claimed that Democrats had “no choice” but to remove that provision from the Inflation Reduction Act in order to secure Sinema’s vote and pass the legislation.

Instead, the plan imposes a 1% tax on all company share buybacks and a minimum 15% corporation tax rate on businesses with more than $1 billion in annual revenue. With Vice President Kamala Harris’ tie-breaking vote on Sunday, August 7, 2022, the large spending and tax package narrowly passed the equally split Senate 51–50.

What Is Carried Interest?

Carried Interest is the percentage of an investment’s gains that private equity or hedge fund manager takes as compensation.

What Is Carried Interest Tax Loophole?

While there’s nothing wrong with incentives and compensation, the thing that bothered taxpayers was actually how the carried interest is taxed. Fund managers who receive carried interest would be able to get a tax break on their income and end up paying the same amount as an average American taxpayer.

Hedge fund managers have their salaries taxed at a lower rate than ordinary income. Carried interest tax loophole on the other hand is taxed at the capital gains rate, which is normally 20% for individuals with high incomes rather than the standard individual income tax rate of 37% for the highest bracket of earners.

When Was The Carried Interest Tax Loophole First Introduced?

The idea of closing the proposal of the carried interest tax loophole has actually been around for a long while. It dated back to 2007 when it surfaced in national headlines after a law professor wrote an article about the loophole which then successfully launched a debate on Capitol Hill over whether to close the loophole proposal or not.

In 2010, the carried interest tax loophole made its way back up to the surface, and once more the year after in 2011. And then in 2012, there was a discussion about taxes paid by Senator Mitt Romney and the topic of carried interest came up again there as well. By the year 2016, Hilary Clinton and Donald Trump declared that they promised to close the tax loophole but to no avail. But no previous proposal to close the loophole actually went through.

Why Hasn’t The Carried Interest Tax Loophole Ever Been Closed?

According to the Congressional Budget Office (CBO), if the carried interest loop closes, it would produce about $14 billion over the course of 10 years which was supposed to help pay for $433 billion in spending on climate and health initiatives.

Assuming for the moment that the CBO estimate is correct, $1.4 billion annually is considerable even if it would never have made much of a dent in the Inflation Reduction Act’s spending portion. However, it is necessary to close the carried interest loophole.

The topic of the carried interest tax loophole has targeted many U.S. Presidents before. Biden, Obama, and Trump have all attempted to abolish the loophole during their respective campaigns but to no avail. This is partly due to the fact that the private equity sector contributed hundreds of millions of dollars to congressional elections. Campaign contributions from private equity firms and their lobbyists totaled close to $600 million over the past decade.